What Do You Expect to See? 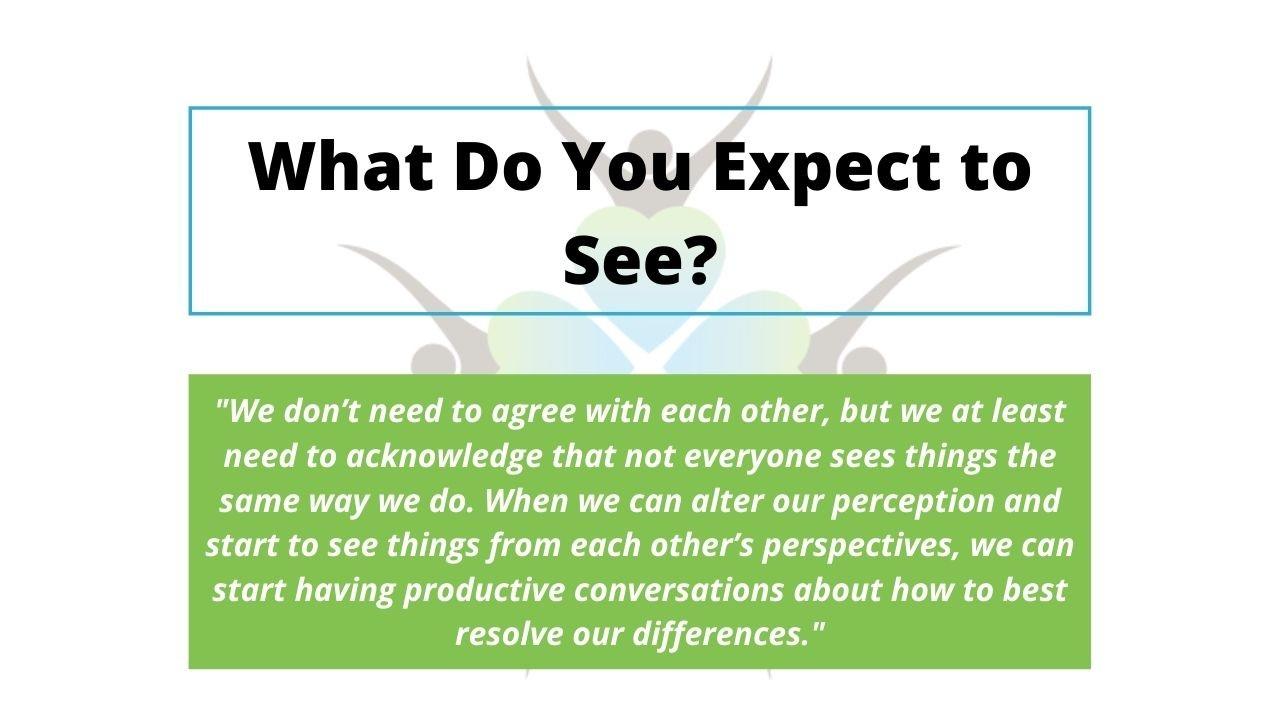 I grew up in the desert southwest of the United States. Wildlife to me was roadrunners, quail, and other non-specific birds; snakes; and an occasional scorpion. Those were the things I was used to seeing when I looked out of the window at home, went horseback riding, or drove down the road.

Years later, I was vacationing in Barbados. I was on the back porch of the villa we were staying in, and I heard some rustling in the trees next to me. I looked up, but I didn’t see anything. The rustling continued. I looked up again, and a monkey came into focus on the outermost branches. Once I saw him, I noticed a mother carrying a baby on the wall right below the tree, and two young monkeys running around the base of a tree in the yard. I was amazed that it took me so long to see the entire family of monkeys right in front of me.

What happened? Well, I did not live in a place where monkeys existed in the wild. I only knew monkeys in the zoo, behind cages or in beautifully created enclosures. Monkeys were not part of my innate perception of “animals in the wild.” Because of that, it took me a while before I could perceive the family that was right before me.

What does all of this have to do with Compassionate Diversity®?

So, when you bump up against a challenge, look again. Ask, “How did you see that?” or “Help me understand what you’re seeing.”

We don’t need to agree with each other, but we at least need to acknowledge that not everyone sees things the same way we do. When we can alter our perception and start to see things from each other’s perspectives, we can start having productive conversations about how to best resolve our differences.

When were you able to see something from a different perspective? Join me on social media to let me know!