The Missing Link Between Mistakes and Compassion 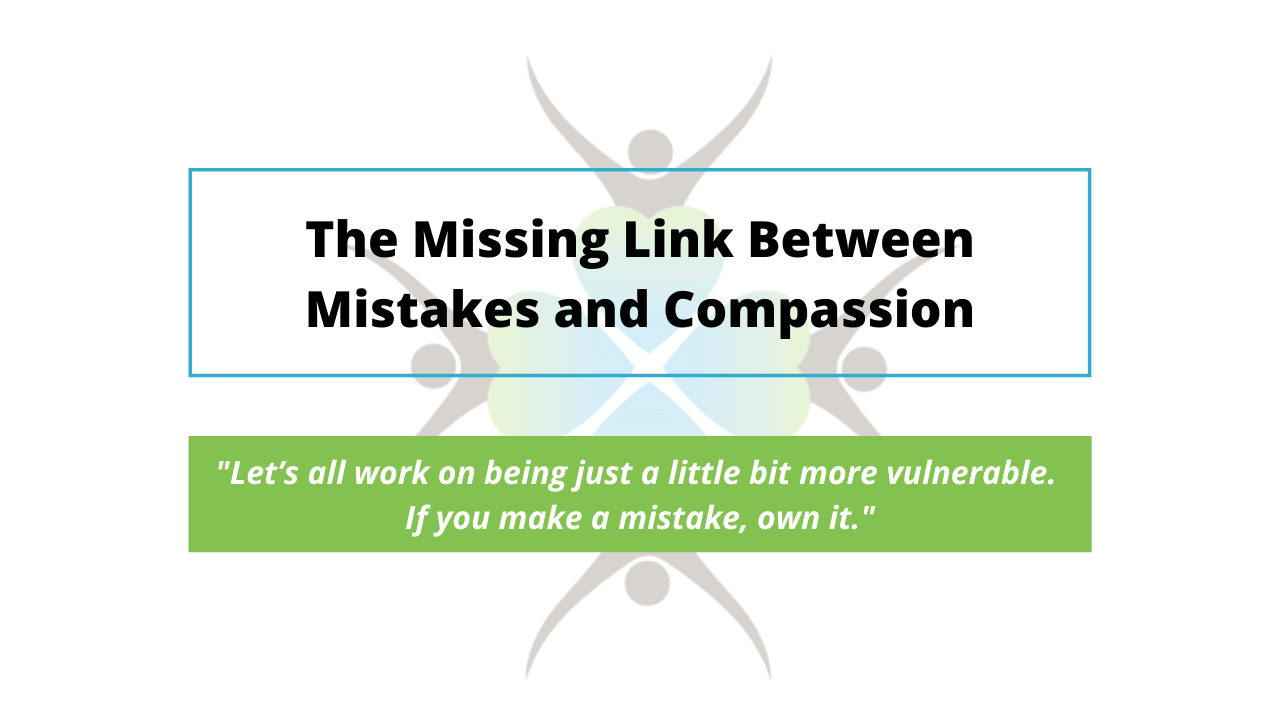 Let’s be honest. People aren't fundamentally good at understanding other people. We get so caught up in proving that we’re “right” that we don’t often take the time to truly understand viewpoints that are different from our own.

Yet, understanding others is what’s needed if we want to resolve any conflict.

We develop in our understanding of others through our learning and experience. It takes time, and trial and error. At best, those errors lead to embarrassment. At worst, they lead to losing one's job.

But let's face it.

We all make mistakes.

So, what’s the best way to recover and build compassion?

Too often, we apologize because we want a situation to go away, with little thought as to why we did what we did. We try to distance ourselves from our behavior rather than own it. We come up with excuses.

But researchers at OSU found that when people offer an apology, it can help to repair trust and respect in relationships.

In a thoughtful apology, you must have the vulnerability to:

But vulnerability is a two-way street. Responsibility does not just lie with the person who made the mistake. Compassion requires that we recognize that we’re all human and allow each other room to learn and to grow from our mistakes.

While I don't condone offensive behavior, I do think we're too quick to outrage. When someone says something that offends us, we’re outraged. We expect apologies for everything, but we rarely take the time to understand why they said what they said. We need to be vulnerable enough to understand that in our outrage, we might have completely misunderstood the other person.

Instead, we need to understand the intent behind the mistake that was made. Ask yourself:

Let’s all work on being just a little bit more vulnerable.

If you make a mistake, own it.

If you’re upset by a mistake, try to figure out where the other person was coming from before pointing fingers and being outraged.

Making these little changes, on both sides, goes a long way towards building compassion.

Join me on social media to let me know what you think.