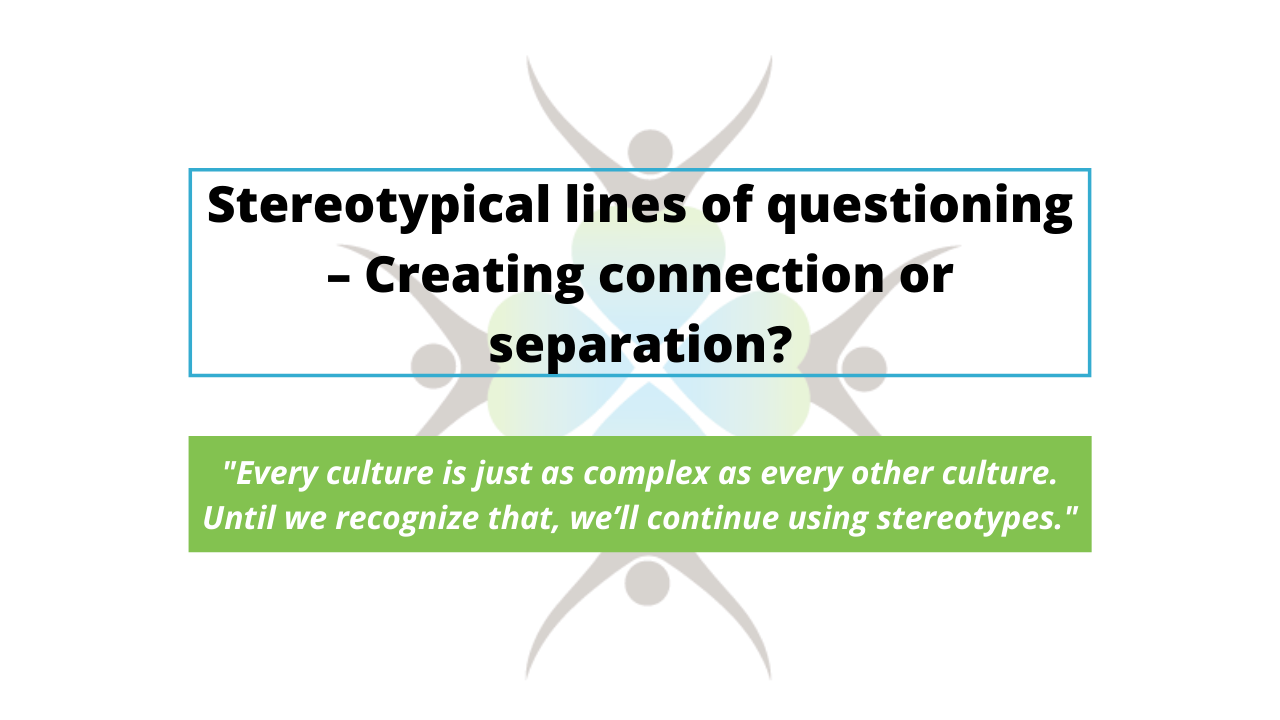 I was recently out with some friends at a local business owned by Asian Americans. In an attempt to be cross-cultural, my friend Anne* said, “Thank you,” in Japanese. Joe*, who also knows Japanese, said, “They’re Chinese, not Japanese.” Anne said, “Oh, well. They probably understand it anyway.” I cringed, and under my breath I muttered, “Probably not.”

The next morning, this appeared on my Facebook feed. “Quite timely,” I thought, and I shared it with my friends. Shortly afterwards, a friend of mine who is gay, added a few of his own:

Another friend added the Latino version:

I thought I could add my own list, being Native American:

All of these questions come from stereotypes. Stereotypes are broadly applied assumptions that result from limited learning and experience with people from other cultures. And you know what they say about assumptions. . . “They make and ‘ass’ out of ‘u’ and ‘me’.”

The thing about these questions is that I also believe they come from an attempt to understand people better. Basically, we’re searching for something we can latch on to – a commonality of some type – where we can better understand the other person and further our conversation. Unfortunately, all questions like this do is prove that we really know each other at all.

The cure is education and better questions.

Every culture is just as complex as every other culture. Until we recognize that, we’ll continue using stereotypes.

It’s OK to ask questions to get to know each other, but doing so requires self-awareness and some education to know the right questions to ask. If you think this is all just “political correctness,” it’s not. It’s being respectful of our fellow humans.

And I believe the world could use a little more respect.

*Names have been changed. :)