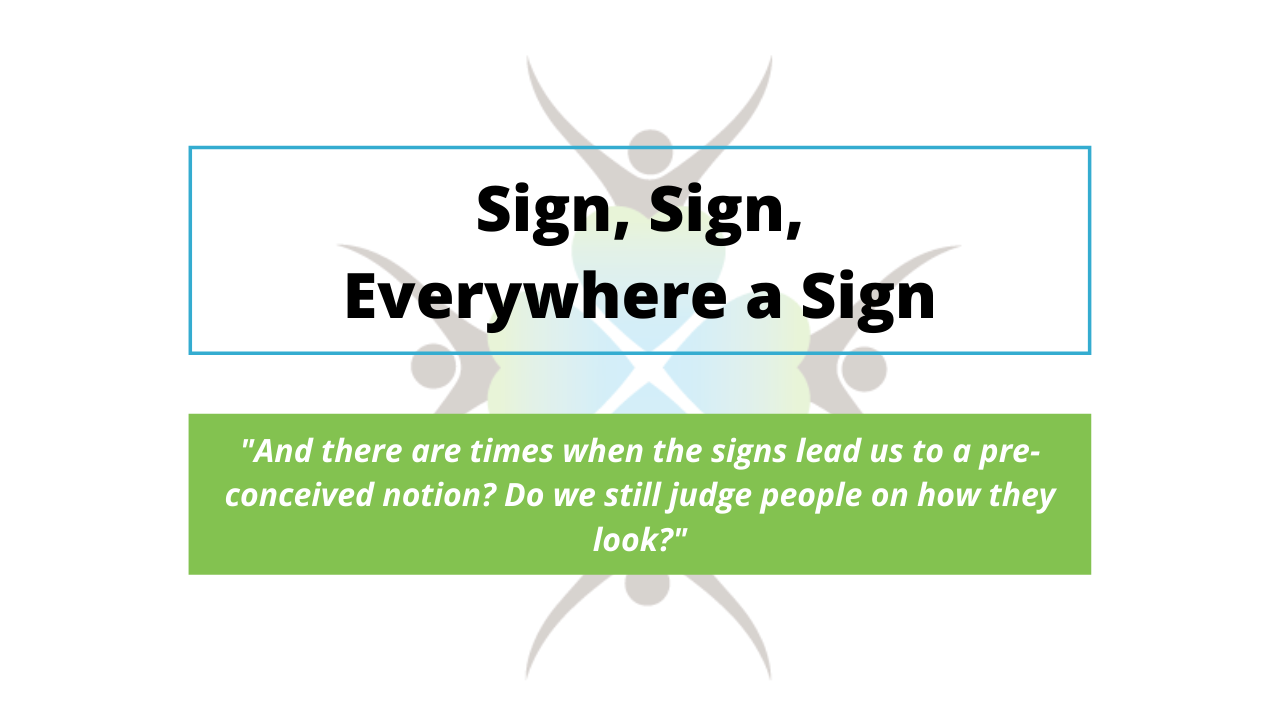 Being a one-woman show is challenging, but I love it. I've decided this week to relinquish my blog writing responsibilities to my brother, Jeff Howard. Below are his thoughts around inclusion. If you're interested, he writes weekly on various topics here.

There once was a band from Canada called the Five Man Electrical Band. One might call them a One-Hit-Wonder band.

Although they did have a few other lesser known songs, "Signs" is the song they are best known for, their big hit. It could just as easily been named "Labels," but more things rhyme with "Signs." (Besides, we would never get the double entendre without the signs.)

The refrain lyrics from the 1971 hit go something like this:
"Signs, Signs, Everywhere there's signs.
Blocking out the scenery. Breaking my mind.
Do this! Don't do that! Can't you read the signs? "

The first verse catches you right off the bat on the theme of the song:
"And the sign said long haired freaky people need not apply.
So I tucked my hair up under my hat and I went in to ask him why.
He said, 'You look like a fine upstanding young man, I think you'll do."
So I took off my hat and said, 'Imagine that, huh, me working for you.'"

At first, the employer was impressed by the qualifications of the young man. but after a second look, hmm. Imagine that. We are lyrically led to believe his long hair lost that freaky young man a job for which he was qualified.

Recently, I read an article about a United Methodist Pastor from Clarksville, Tennessee. Pastor Willie Lyle followed a message he had from a dream. He lived homeless on the streets of Clarksville for four days, from June 17 until June 21, 2013.

The rejection he suffered was humbling, especially from other "street people." The acceptance he received from a few was refreshing. Some judged him, simply by his appearance. Some shared with him, despite his appearance.

The last verse of the song "Signs" starts with an organ and a church setting. "Thank you Lord for thinking of me. I'm alive and doing fine," the protagonist sings as he puts a sign, not money in the offering plate.

Though the song is over forty years old, have signs of the times changed that much?

And there are times when the signs lead us to a pre-conceived notion?

Do we still judge people on how they look?

I wish I could say no, but when I look at the signs of today, I don’t know.