Is There "White Culture"? 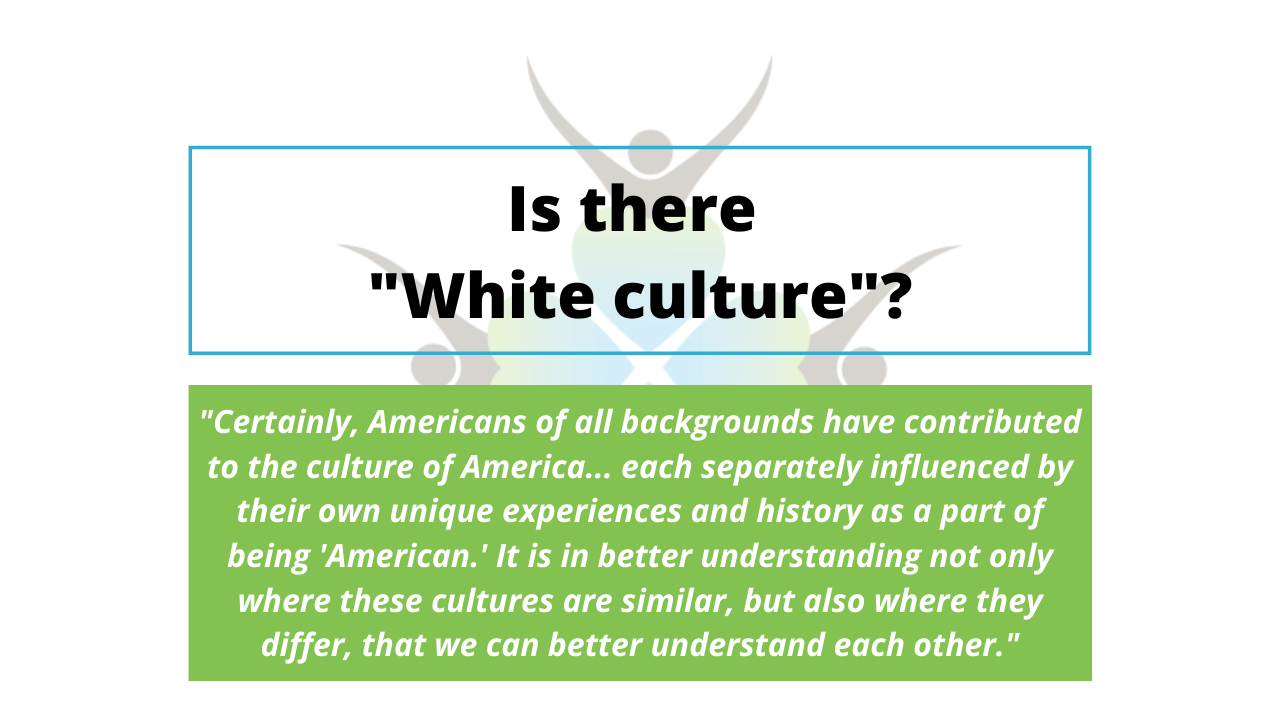 I just finished reading this opinion piece, "There is no 'White Culture'", and I could not disagree more.

The author bases his arguments in stereotypes - that *all* people in a group act according to the pattern that's been observed - as well as the idea that certain patterns of culture are exclusive - i.e., that if we observe a particular pattern of behavior in one group of people, it can't also be observed in other groups of people as well.

"Culture" is the set of norms, beliefs, values, expectations, and behaviors we learn from the groups of people we belong to. Observed cultural patterns are tendencies of a group; they are not absolutes. While the idea of "race" is man made - that certain people are more, or less, superior because of the color of their skin - we humans tend to like to hang out with people who look like us, because they feel "familiar." As a result, we indeed can observe patterns of norms, beliefs, and behaviors - i.e. cultures - by race. In addition, any scientist knows that outliers do not negate patterns. Similarly, just because some people don't act according to the pattern doesn't negate the pattern as a whole.

Secondly, the idea that defining "hard work" as part of White culture means that it can't also be a part of other cultures - or worse, that it insinuates other cultures don't work hard - implies that these cultural patterns are mutually exclusive... which they are not. We know that Japanese culture tends to be more "we" oriented when compared to US American culture. In addition, we also know the same is true about Indian culture. We also know women tend to be more "we" oriented than men. None of these cultures has a corner market on a "we" oriented culture. Similarly, people across cultures can, and do, value hard work.

Certainly, Americans of all backgrounds have contributed to the culture of America. However, within overarching cultures, there are many subcultures, each separately influenced by their own unique experiences and history as a part of being "American." Among those subcultures are Black/African American culture (one might even argue these are distinct, as the words "Black" and "African American" have distinct meanings), White American culture, Asian American culture, and many other subcultures, defined by not just race, but the many other diverse groups that make up the United States. It is in better understanding not only where these cultures are similar, but also where they differ, that we can better understand each other.