Do We Choose Our Beliefs? 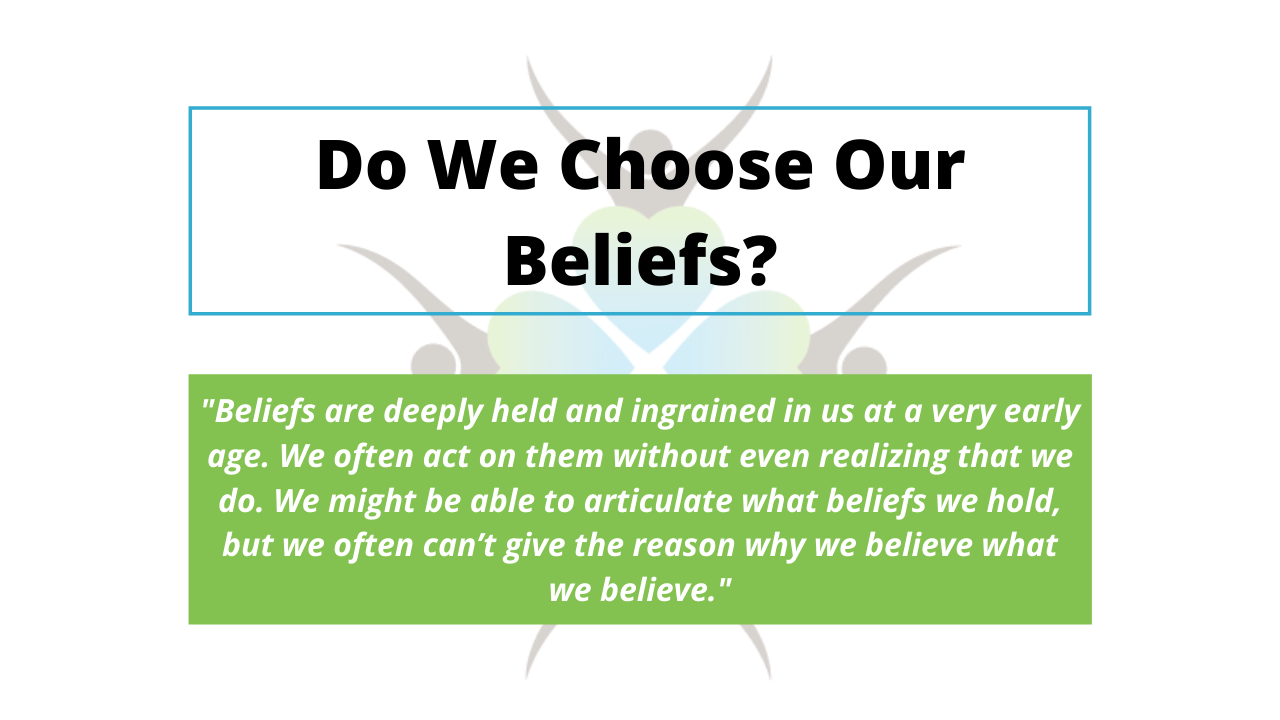 A friend posed an interesting philosophical question: “Is a belief a choice?”

It was interesting to me that there was any debate about this because I work with people every day to help them understand different perspectives. But understanding other perspectives is not about changing beliefs, so I wondered if anyone has actually made a choice to change a belief as a result of changing perspectives.

Beliefs are deeply held and ingrained in us at a very early age. We often act on them without even realizing that we do. We might be able to articulate what beliefs we hold, but we often can’t give the reason why we believe what we believe.

Let’s try this little exercise. Very quickly, think about what you believe. Here’s a list to get you started (I’ve deliberately mixed up values with some hot topics, which may create some debate itself, but we can save that for another time):

Now, go back through the list, and think about why you believe what you believe.

If you were able to think of some salient points, would you be willing to change your belief in light of new evidence? This is where choice comes in. Faced with two possibilities – either I cling to my belief or I change it in light of this new information – which do you choose?

Some might argue that we can’t help but be changed in light of new information. I think how we allow information to affect us, and what information we allow to sink in, is a choice. It is in this way that we choose our beliefs.

Join me on social media to let me know what you think.